We look out over Syracuse bay with the tourists enjoying the cool of evening.  A boat comes in to anchor in the fading light.  Behind us the kids scoot up and down the pavement.  Below our vantage point the beach bar is all abuzz.  Last night it was all dance tunes and diners.  Tonight it’s the demolition crew.  Summer is over, the long evenings gone and we are a week away from returning to our winter refuge.  Too soon the cruising season has finished and tomorrow the first big storm will blow through the Med.  I guess the situation puts me into a reflective mood because I turn to Justin and say “It’s not a bad life, is it”. 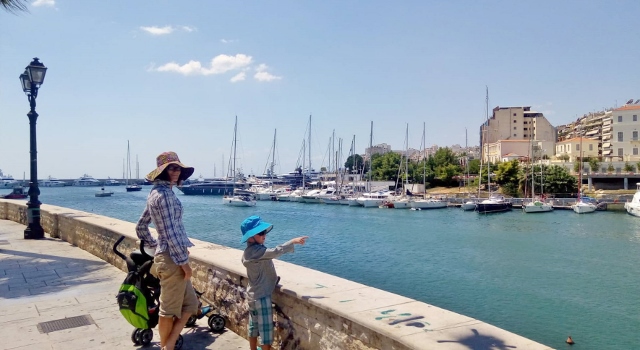 Spotting Dizzie (second on right) in the Athens marina

Where did the time go?  We had loose plans, none of which eventuated, but we did have a fantastic time pottering around and experiencing Greece.  We had solitude and we had crazy busy anchorages.  We had stunning beaches and beaches that look amazing on google earth, but turned out to be rocky.  We swam in crystal clear water.  We visited quaint little towns and world class ancient ruins.  We ran the tourist gauntlet and mixed with locals in the real towns.  We tried to kitesurf and failed, bought a new kite and returned two months later to tick the kitesurfing box.  We visited Athens and passed through the Corinth Canal.  We also did life: fixed boat problems, introduced boat school, we shopped for groceries and visited doctors.  We met up with friends and made new ones. 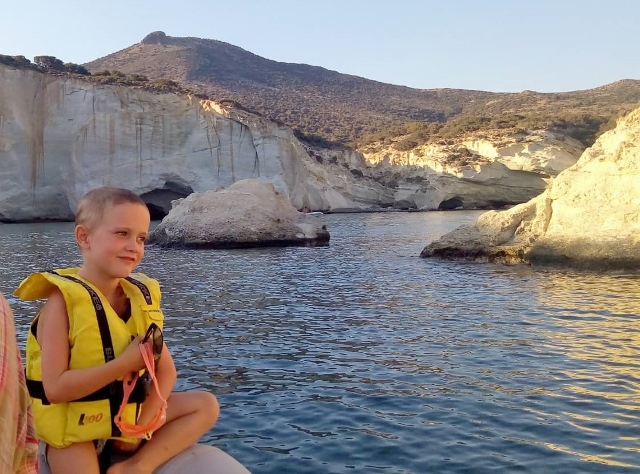 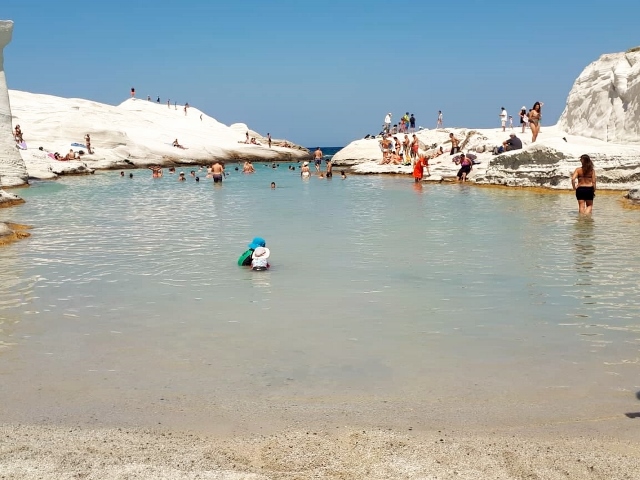 Getting lost in the blue and white streets of Plaka, Milos 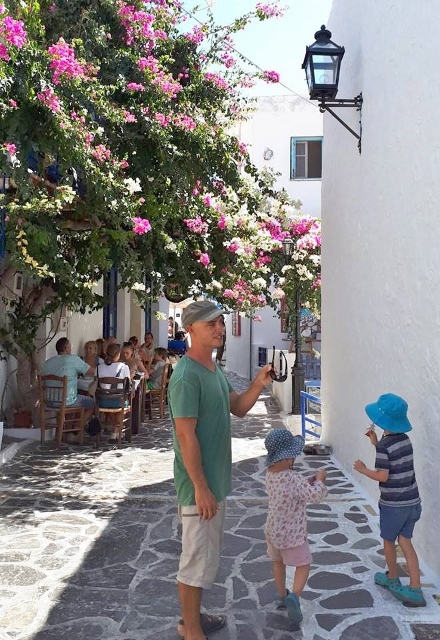 On top of the world, Monemvasia

Ruins of the ancient city, Monemvasia

A lovely cool church where we sat and recovered from hiking up the cliff, Monemvasia 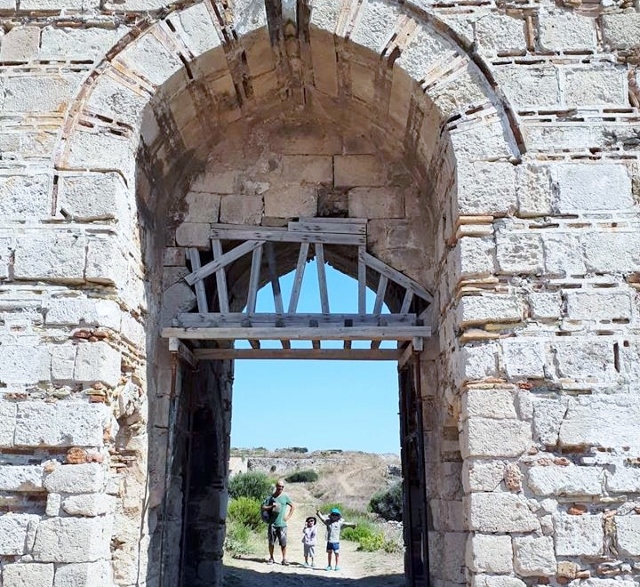 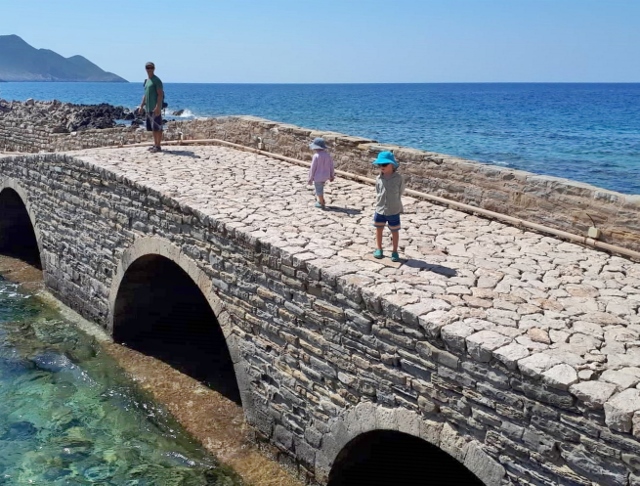 Bridge to the fortress, Methoni 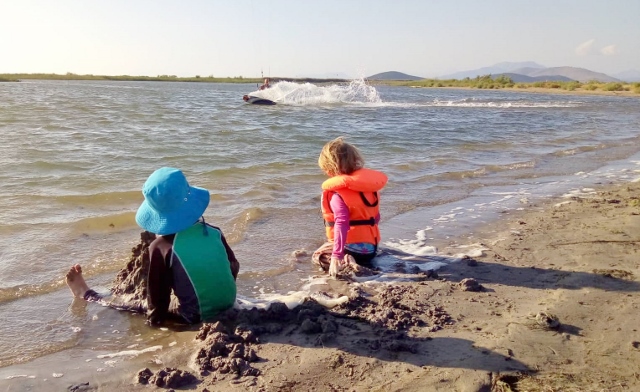 The collapsed columns of the Temple of Zeus were huge, Ancient Olympia

Everyone happy to see our friends from SV Yves Christian who are also returning to the same marina as us.

Tripping around with new friends from SV Itsadoddle 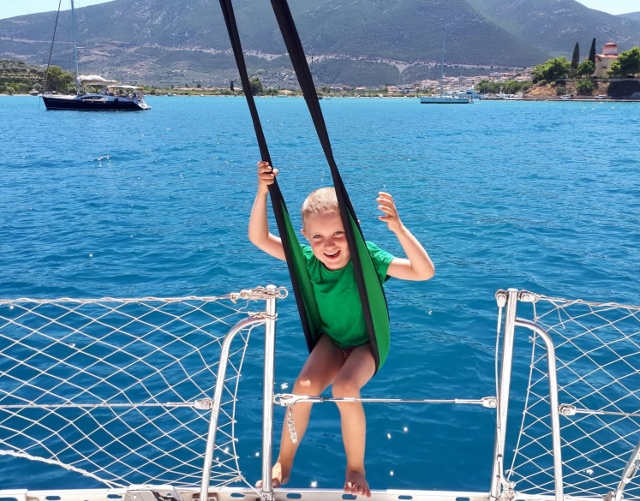 Love our IKEA swing!  A great way to burn energy on Dizzie

Trying their hand at a spot of fishing underway 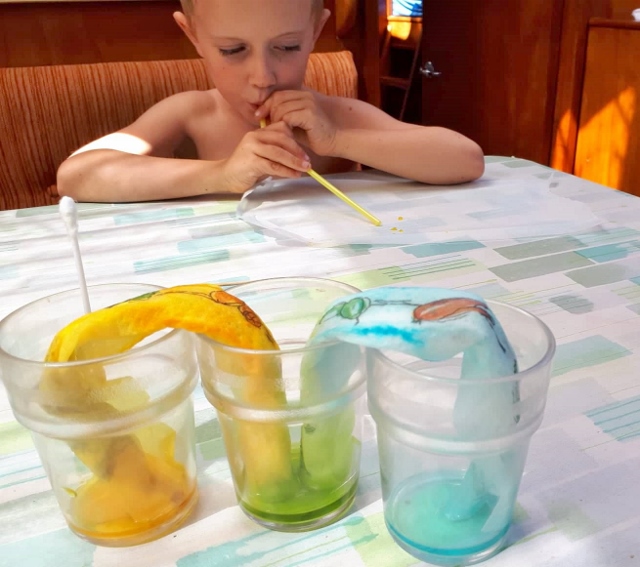 It’s been a full 5 months, and I’m sad it’s over, but I’m also looking forward to the challenges and goals planned for the winter.  But back to tonight, we have put out all our 75m of chain and pulled back hard and tied onto the town quay.  Fingers crossed we stay put over the next 72hours….