Ten PM.  Two hours past bedtime.  So far they’ve played jumping-off-the-bed and jumping-on-the-bed games and ransacked the entire wardrobe contents.  I’ve already moved Leora’s mattress out of the bedroom into the hall but Kynan is still giving me grief.

I’m shattered after multiple disturbances the previous night and exhausted from looking after two kids solo all day.  I’m desperate for a just a SECOND of me-time, like only a mother can know.  I drink wine, and Kynan rattles me again.  I yell at him that if he doesn’t go to sleep, I’ll put him in the car.  Instead, I put him outside the apartment door in the common area.  He continues to scream, I scream silently.  I am not a born parent.  I don’t relish this role. 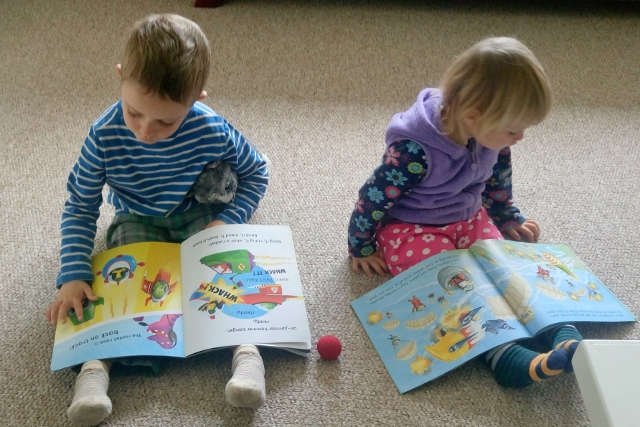 If only they were always like this.  In reality, it’s so rare, I took a picture of it.

The neighbours (obviously) heard the commotion and a day later on Sunday we are asked to leave.  FOR REAL.

But to where? I truly feel cast adrift.  I have no one to call on for help and no where to go. After 12 hours of little sleep, desperate ‘what if’s?’ and multiple permutations of a solution I have a plan: a studio apartment, a flight and a hire car.  France here we come, nearer to where Justin is working on our boat.  By Wednesday we are on the plane.  The 48 hours between making a plan and being on a plane are a whirlwind of packing, deconstructing Scottish play dates, cancelling medical appointments and more sleep deprivation. 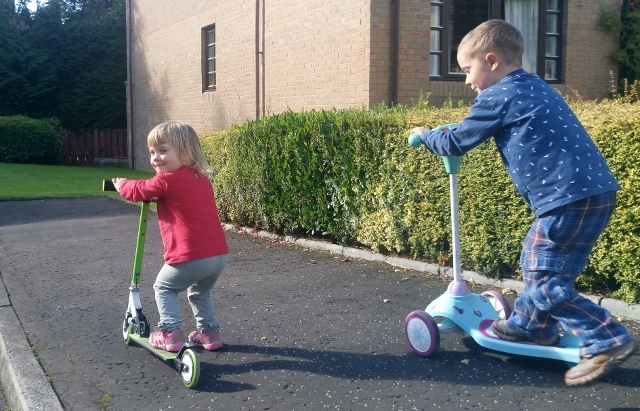 Not good enough for this neighbourhood.  We received the cold shoulder from neighbours when I allowed the kids to scoot on the footpath here.

I take full responsibility for the situation, I put him out the door.  But I do wonder, would this have happened in Australia?  As much as I have enjoyed my time in Scotland, I feel there is an unpleasant element I won’t miss.  This judgement.  I feel more strongly the need to be a perfect parent here, something I cannot achieve.  One day, I found myself in a busy supermarket buying a few necessities, with ratty kids and without a stroller.  Not something I would ever plan.  When one child ran away, rather than abandon the other child and give chase, I chose to stay.  By the time I found him it felt like the whole bustling supermarket had stopped to stare at this irresponsible parent.  Australians would laugh and acknowledge my difficult situation.  Not here, here people tutted in disgust before returning to their shopping.   So maybe it’s not a bad thing we’ve been uprooted, I can’t understand French for bad mother.

One calm sunny day I let me kids get soaking wet scooting in a massive puddle.  They had a blast!  But I think the locals thought we were homeless people.

I did meet some wonderful mothers who welcomed me to their village and I am so sad we did not get to follow through on planned play dates. Anyway, I’ve vented, thanks for listening.  For now I’m trying once again to give my kids some stability, they are happy to briefly see their daddy most days, the sun shines here and we will enjoy the French cheese.

But maybe not the wine.

ADDENDUM: I have already had a noise complaint in France as well, so I guess I really am doing something really wrong…. Are muzzles allowed? (I AM joking people)